Export opportunities for the "Ambassador of the Polish Economy"

Corab photovoltaic structures are being used in 20 countries worldwide. The quality and the size of business expansion are appreciated by the business community, which awarded Corab with the title of "Ambassador of the Polish Economy".

As Przemysław Brzywcy says, the Olsztyn-based company has reorganized and strengthened its export department. - We are observing an increase in enquiries concerning photovoltaic solutions from companies in Spain, France, Germany, Bulgaria and Romania. We have prepared a comprehensive offer, and we are convinced that our presence at Intersolar 2022 will allow those interested to learn more about us and our range of products, which are manufactured in our factory in Bartoszyce, one of the most modern plants of this kind on the continent - added Corab business segment director. As he admits, the fairs in Germany are also a good opportunity for intensive meetings with current and future suppliers.

What kind of structures are needed for photovoltaic panels?

Among the wide range of products of the Olsztyn company, which will be presented at the fairs, it is worth noting the improved version of the photovoltaic tracker. The Tracker WS T 001 is a modern tracking system which has already gained recognition in the PV industry. The device developed by Corab engineers was, among others, awarded during ENEX 2022 fairs.

This time, the company is presenting an international audience with an improved version of this mobile photovoltaic structure. It is a fully automatic and maintenance-free PV system that tracks the sun's rays and positions the modules to maximise yield. In addition to efficiency, which can be increased by up to 30 percent compared to static solutions, the tracker is distinguished by an innovative clampless assembly system and the possibility of using any photovoltaic modules.

The Corab System WS-017NB is aimed at large farm projects. The two-support system is installed in the ground using a pile driver. The structure is coated with a corrosion-resistant Magnelis layer, thanks to which it can boast a guarantee of up to 25 years, both for the elements embedded in the ground and those above the soil surface. The modules are installed vertically in two rows. The inclination angle is 25-30 degrees. This support structure should attract the attention of farm builders from all over the world. It is similar to another free-standing structure with an east-west orientation, which was presented during the Inter Solar event. 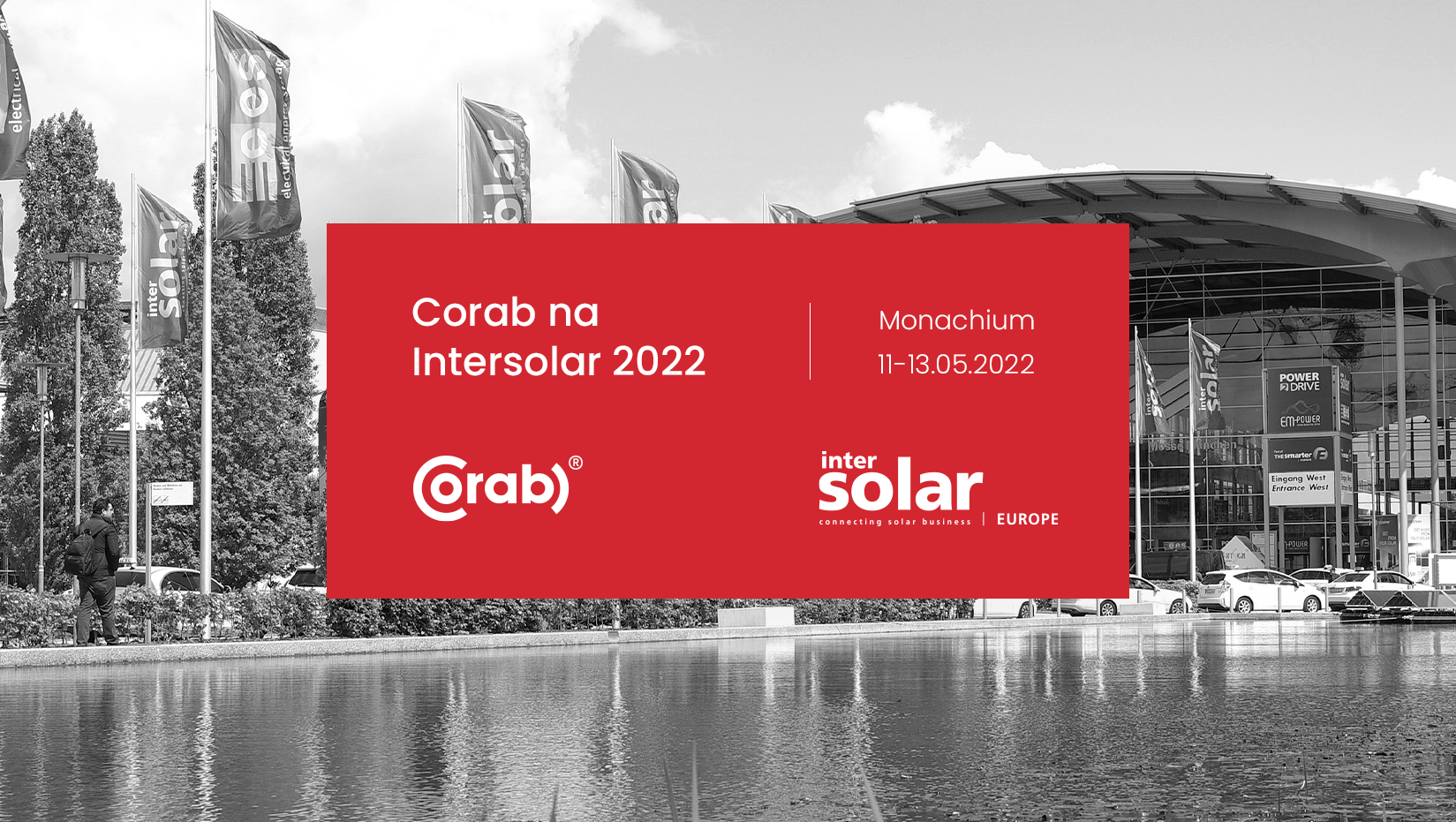 Even more sun for business

Corab's exhibition at Intersolar 2022 not only includes products aimed at large solar parks. The company, renowned for quality, has also prepared the European premiere of PV systems mounted on roofs covered with roofing felt and membrane. Such roofs are popular in commercial facilities - warehouses, shopping and distribution centres, industrial plants. The popularity of photovoltaics in the "commercial" segment makes the systems for such roofs very popular.

The solutions offered by Corab are characterised by easy installation, easy expansion and traditionally - workmanship at the highest level. Among the numerous photovoltaic systems offered by the Olsztyn-based company, the WS A-10 will not be missing in Munich. It is a vertical structure dedicated to bifacial modules. The system is perfect for agro-business and more demanding terrain. The shape and the way it is assembled also make it suitable as a photovoltaic fence. It should be noted that the WS A-10 is already proving very popular with farm owners from almost the entire European Union. In Munich, visitors will also have an opportunity to learn about other Corab photovoltaic systems for agriculture.

When investing in a photovoltaic installation, informed customers pay attention to the quality of its components. Due to the share in the total investment costs, interested parties most often pay attention to components such as modules and inverters. Are they right in doing so?

The aforementioned systems are only some of the constructions that can be seen when visiting the Corab stand during the Munich event. In addition to the aforementioned, those interested in photovoltaics at the highest level will also have an opportunity to learn about the advantages of, among others, a system that supports larger, non-standard PV modules and other solutions created by Corab engineers.

- We would like to invite all people connected with renewable energy sources to visit our stand - says Michał Konopka, responsible for fairs in Corab S.A. - During Intersolar 2022, our guests have the opportunity not only to learn about the company's latest products, but also to talk to representatives of the company and exchange experiences. We share our knowledge openly. We are waiting for everyone, and we have prepared surprises, promises Michał Konopka. The event manager adds that the form and appearance of the stand are a continuation of the adopted modern exhibition concept. It enables both an attractive presentation of Corab’s products and comfortable discussions with contractors.

The Intersolar 2022 trade fairs take place in Germany, in Munich on 11-13 May. The Corab stand is located under number A5.330

You may also enjoy

Corab E-Wholesale and Configurator: Shopping has become even easier

Corab at Intersolar 2022 Exhibition: Strong offer for farms and businesses